Remembering the Kanji Tips – Skipping is Good for You

In many different posts related to reading, sentence mining and even kanji, AJATT recommends that we should skip more than we should “do”.

If you are starting out learning Japanese and are struggling with kanji then these Remembering the Kanji tips could save you a tonne of stress.

Why should we not worry about skipping stuff when learning something new?

This mindset can help you in nearly any field. Of course, if it’s something like medical science where lives are at risk then you are going to have to just buck up and get learning, but for the most part you can put stuff off for a later date.

It ain’t gonna kill you!

To put it simply.

If something is too hard to learn right now, it’s simply too difficult for your current level.

Skip it and move on to something that you can easily learn.

In doing this, you will learn much more in a shorter time-frame.

If it’s important enough, you will come across it again anyway.

Learning a language is a big challenge. There is a lot of information that you have to take in, and you aren’t going to understand a lot of it.

You just have to skip it.

Don’t fret over learning every word, character, sentence, paragraph, book etc! No one is demanding that you do it and no one is going to feel disappointed in you!

No one cares! So take it easy and skip to your heart’s content. 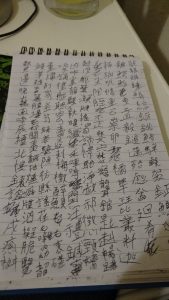 What is Remembering the Kanji (RTK)?

“Remembering the Kanji” is a book by James W. Heisig that can be used to learn the stroke order and meanings of kanji and hanzi (Chinese) very efficiently.

If you combine the techniques used in the book with an SRS system such as Anki, it becomes incredibly easy to learn 3010 kanji in less than 3 months.

Now, this may sound absolutely crazy to you, especially if you’ve been studying kanji using traditional methods.

But RTK is different to most normal methods and makes the whole process incredibly easy.

The main difference is that it doesn’t teach you the onyomi and kunyomi readings, instead it focuses entirely on what each character means and how it is written (stroke order).

Believe it or not, this is actually a brilliant strategy.

It makes getting each individual kanji into long-term memory much easier.

The human brain struggles to remember a lot of information in one go, it prefers tiny little chunks of data which it can then build into nice, high quality information later-on.

Kanji are very complex. There are a lot of exceptions when it comes to readings and words that are exactly the same but use different kanji in different situations. It’s not as easy as learning a few rules and then assuming all kanji will stick to it. You kinda have to learn each character individually, along with its uses, its readings and its meaning.

As the brain struggles to remember a lot of information in one go, it is much better to learn all this piece by piece. That’s where RTK comes in, it provides you with a gateway into easily remembering kanji, making reading Japanese possible within a few months.

RTK gives you a great stepping stone for reading Japanese.

If you’ve just started learning Japanese then this will be a mess of squiggly lines to you. Even if you were told all the readings for each kanji, it would be unlikely that you could remember the entire sentence because it is just too complex.

To be able to understand the sentence you need to already know each part:

、- Japanese version of a comma

。- Japanese version of a full stop

Putting the grammar stuff aside, if we take all the kanji we get the following meanings from the Remembering the Kanji books:

Notice how I haven’t mentioned how to actually say anything? RTK doesn’t require that from you. All you have to do is remember the meanings for each character.

To get to a level where you can read the original sentence, you need to work from the ground up. First learn the kanji meanings, then learn the kanji words that contain more than 2 kanji such as 剣尖 and 鈍色, and learn the grammatical parts and how it is all read/said.

Learning the meanings of kanji first makes learning the components that come after 10x easier as you can build your knowledge upon the base that you have already made.

Once you have gone through the entirety of RTK, you will recognise these characters as their English meaning counter part. This will allow you to understand the meanings of more complex words. For example, you now know that 剣 means “saber” and that 尖 means “sharp point”, so it’s pretty obvious that 剣尖 means “a sword’s tip”.

Then once you have also learned kana and get how the basic particles work, you can start reading Japanese that has furigana.

All you have to do at this stage is read a lot. The more you read, the more ways of reading each kanji you will see and eventually internalize until you get to the point where you can read full adult Japanese with no furigana.

But it all starts with RTK so if you don’t have a copy of the books yet, get them from Amazon now.

This method is almost perfect bar one thing. The RTK books contain some characters that are just a complete waste of time for a beginner.

This is why I recommend skipping any kanji that you feel you don’t need to know.

RTK also includes the stroke order of each character. This gives you writing practice which I highly recommend you do. Combine RTK with an SRS such as Anki and you will be able to understand the meaning and be able to write 3000ish kanji within 3 months (avg. 33.33 kanji a day). You will also be able to read Japanese to a certain extent. Obviously, being able to read Japanese to a fluent level takes much more time but RTK makes that goal much more achievable. 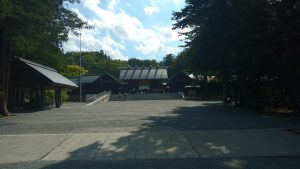 If you’ve been doing RTK you will notice that there are a lot of kanji within it that seem pretty pointless in learning, e.g. 詔, especially in RTK 3.

A lot of these kanji very rarely come up in reading and when they do it’s probably going to be in texts that are way out of our league, or not of your interest. There are even a few characters in RTK 1/2 as well that are also quite useless, so I’ve included a list below.

At the time I moved any kanji I thought to be too hard or useless into my RTK 3 deck.

You can download my kanji deck by going here.

During the beginning stages of learning Japanese, it is way more efficient to focus on the most common kanji that occur in everyday texts as well as kanji that you want to learn.

After learning around 2500 kanji I reached a point where I got tired of learning really complex kanji that are only used for flowers or animal names which are often written in kana.

Compared with the first 2000 kanji I learnt, learning these more complex kanji that I knew wouldn’t be that beneficial for me, became a lot harder. I struggled to remember a lot of them and began to dislike SRSing everyday.

Due to this, I decided that it would be more efficient for my learning to just skip this characters for now. After all, If I ever did need to learn them then I could always come back to them later on when I am much better at Japanese.

I didn’t need to learn a lot of these characters, but how do I know which ones where pointless?

At the time, I finished RTK 1 and was doing RTK 3 along side sentence flashcards all within Anki, using information on AJATT about learning kanji and sentence mining.

I used Notepad++ to store books of texts which you can then use to search for words, phrases and kanji using Notepad++’s “search all files” feature (CTRL + F, Search All Documents).

The books I stored where usually ones that I was reading, or was going to read, as well as transcripts/subtitles of anime.

As I went through RTK 3 and incredibly difficult looking characters or characters with rare keywords/meanings came up, I would search for them in these texts before deciding whether to learn them or skip them.

I decided that If it comes up less than 10 times then I usually skip learning it (you should decide this number yourself though as it will depend on how many texts you are using).

Before we get into just how to use Notepad++ to search for useless kanji, I thought it would be a good idea to provide you with a list of useless kanji for you to make a start with.

For your ease of use I have created a list of characters that I believe are useless to learn for beginners.

Sure, try to learn them all but don’t push yourself with the really obscure and difficult ones right now.

To get this list I went through an RTK deck and selected all characters that I feel are rare or that I haven’t seen before in real Japanese texts. I then cross referenced them with my Sentence Bank that I have in Anki to double-check their rarity and the ones that don’t appear often or at all ended up making it on the list.

Bare in mind, I love studying kanji so there probably other characters that you may feel aren’t useful for you.

Note: Some of these kanji will eventually be useful to you. I wouldn’t recommend entirely deleting them but suspending them instead. You can come back to them a year down the line when you think you are ready.

Step 2 – Drag and drop all your texts that you want to use into Notepad++, it will open them all in separate windows.

Step 3 – Press CTRL + F to bring up the search box and enter a kanji. In the example below I searched for the kanji 畷, which in Heisig has the keyword “rice-field footpath”.

In the screenshot below it is the button that is highlighted and that says “すべてのドキュメントを検索”. 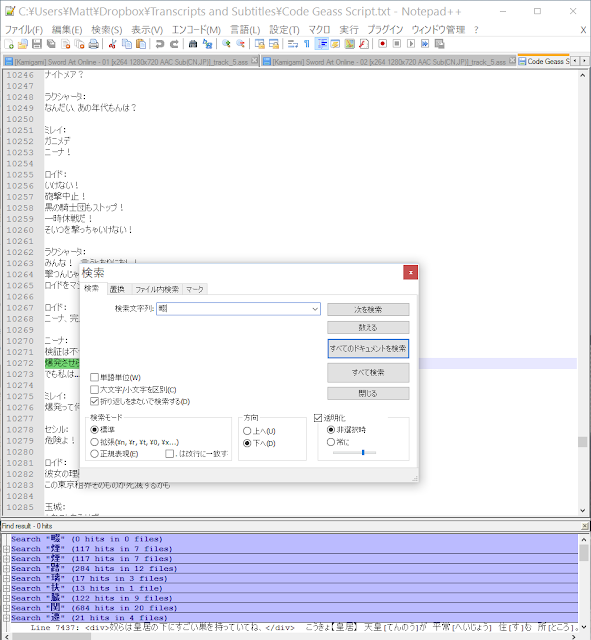 Step 5 – Check the number of hits, in this case you can see from the bottom of the screen that Notepad++ returned 0 hits in 0 files so I can safely skip learning this kanji.

This same principle can be done on any individual website, book, PDF etc. just use CTRL + F and search for the kanji.

You can also do this for words and phrases which can come in handy as it can prevent you from learning pointless vocabulary, however, I wouldn’t recommend doing this religiously for every character or sentence you come across.